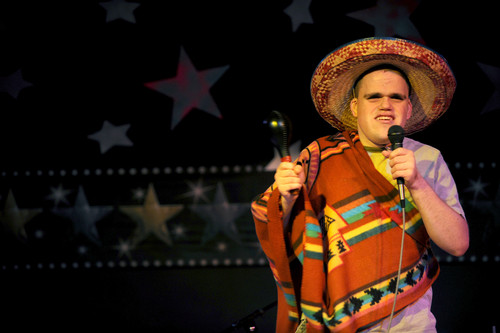 "Tequilla"
(Staff Photo by Kimberli Dimare)
Quest Center student Jonathan Hauser sings "Tequilla" during the Quest Idols Talent show at the school in Hollywood.
The show, under the direction of music teacher Dr. David Lazerson, featured students who have a variety of disabilities, including autism, Down syndrome, cerebral palsy and other profound challenges.

David Lazerson believes music is the language of the soul.
That's why he looks forward to the talent shows he organizes at the Quest Center in Hollywood.

"There's no greater reward than seeing them, the kids, up there smiling and having a great time," said Lazerson, who teaches music at the school.

The center is designed to offer education for exceptional students from kindergarten through 12th gades. The curriculum caters to children with a variety of physical and intellectual challenges,
including cerebral palsy, autism, and Down syndrome.

"They love it," said Raquel Cobb, the school's principal. "It's a chance to be a star. We do everything we can to make social activities fun for the kids so they can learn because they won't
get this opportunity at too many other places."

Their most recent show featured a vaudeville joke routine, a comical rendition of the famous La Cucaracha, and staff members dancing to Haitian carnival music.
"We've had talent shows before, but this time we showcased much more students than we had in the past," Cobb said.

The students used assistive technology and devices such as adaptive knee and head switches during the show to help them communicate while overcoming a variety of challenges.

"It's just a matter of being creative and using the technology that's out there in creative ways so these kids can get this amazing experience of being in a theatre and in a production like this."

Lazerson said the impact of the talent shows has been extremely positive for the students, as well as the teachers and staff that work with them.

"These little steps are huge for them, and it's so exciting to see how they progress and get into it and have an awareness of where they are and make a connection with the environment," he said.
"They are a lot of fun to work with. They are so inspiring and they make your day."

Lazerson said his students can be productive citizens once they are given the chance. He points to Steven Hawking, a British theoretical physicist, who is almost completely paralyzed due to
amyotrophic lateral sclerosis, as a good role model for his students.

"The world has this stereotype that these kids are just receivers and takers and that they can't give to others, but I think we have proven they can," he said. 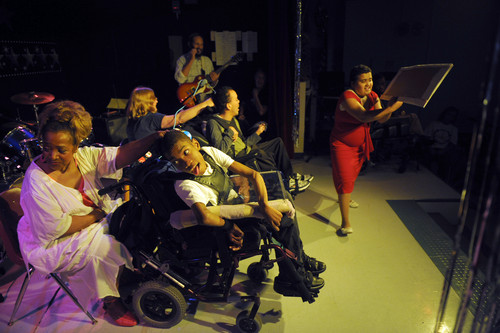 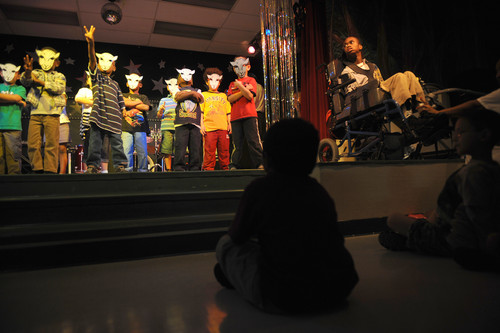 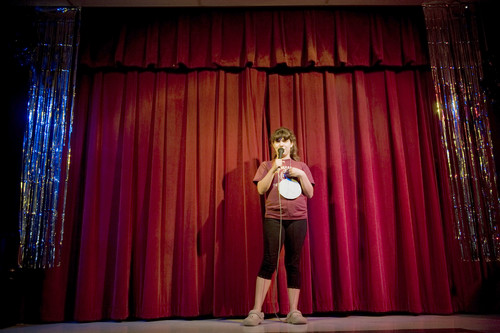